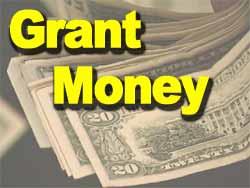 LANCASTER – The city of Lancaster has been awarded two Cycle 6 Highway Safety Improvement Program (HSIP) grants totaling more than $2.5 million.  The funds will allow for street improvements along Avenue I, between Challenger Way and 35th Street East, making streets safer for pedestrians and bicyclists travelling along the route.  The project is expected to be completed by 2017.

“These improvements along Avenue I will encourage people to ride their bicycles and walk much more often,” said Mayor R. Rex Parris. “Our City staff is extremely proactive when it comes to securing funds to support the City Council’s goals of promoting an active, healthy community.”

The City submitted two applications of which both were approved. The grant funds will cover 90% of project costs, with the remaining balance being covered by the City’s ongoing Capital Improvement Program.  The HSIP improvements will include upgrades to sidewalks, pedestrian refuge islands, bicycle lanes, flashing beacons, upgraded signals, curb ramps, curb extensions, and crosswalks.

These projects will add to the list of improvement projects already underway along the Avenue I corridor.

For instance the City was awarded a State-Funded Safe Routes to School (SRTS) grant to help improve the Avenue I and 30th Street East intersection.  Also planned is a traffic signal at Avenue I and 25th Street East to make street crossing safer for pedestrians.

Recently Avenue I, from 20th to 30th Street East, was resurfaced through the City’s ongoing Pavement Preservation Program allowing for a smoother ride for motorists.