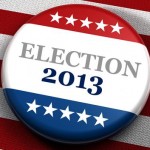 PALMDALE – The California Court of Appeals has ruled that the City of Palmdale may hold its City Council election on Nov. 5 as scheduled, city officials announced Tuesday.

In the court’s ruling, “As phrased, the injunction written in the disjunctive, permits the defendant to hold an at-large election and even count the votes but not to certify the results.”

“What the Court of Appeals is saying is that our appeal was unnecessary because the injunction drafted by the plaintiff’s attorneys Shenkman and Parris allows the election to go forward and be counted,” said Assistant City Attorney Noel Doran.

The election results will be tabulated by the County of Los Angeles in the ordinary course of business, after which the City will present the results to the Court of Appeals.

“The Court of Appeals is prepared to decide the certification issue on a priority basis,” said Palmdale City Attorney Matthew Ditzhazy.

The City of Palmdale plans to appeal the entire case at its conclusion.

“We strongly believe that the citizens of Palmdale have a right to vote for every elected official—not just one person from a district created by a Malibu attorney,” Doran stated. “The plaintiffs want you to believe that they are promoting the voting rights of some through their plan when, in actuality, they are attempting to reduce every Palmdale citizen’s voting power by 80 percent and to do away with their  right to directly elect the Mayor.”

The City of Palmdale’s election has been underway and absentee ballots have been mailed out. A series of candidate debates has been going on for over a month and candidates have spent large sums of money on their campaigns.

“R. Rex Parris and Kevin Shenkman are making a mockery of our local electoral system at the expense of democracy and tax paying residents all so they can make a hefty payday,” said Ditzhazy. “The people of Palmdale and the Antelope Valley deserve better…  We encourage every Palmdale voter to cast their vote for every elected office and exercise their Constitutional rights the people have fought and died for.”