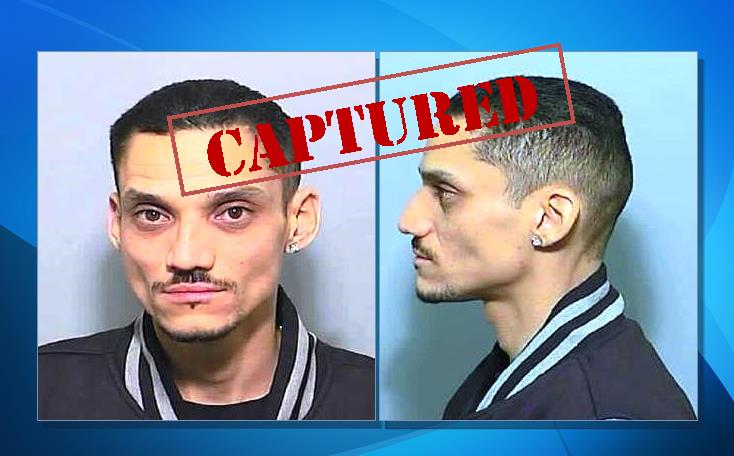 LANCASTER – Less than 12 hours after a list of “dangerous” at-large parolees was published in the local media, one of the eight featured parolees was caught.

Romie Seals was captured around midnight in West Lancaster, after a tipster contacted authorities and told them where Seals was staying, according to Larry Dorsey, California State Adult Parole Operations Supervisor.

The 33-year-old parolee was picked up from a home on Holguin Street and arrested without incident around 12:01 a.m. Friday, Dorsey said.

Seals is on parole for resisting an officer with force and violence. He has absconded from parole numerous times since his release in January 2011 and is a heavy drug user who steals to support his habit, officials said previously.

Seals is one of the 20 dangerous gang members in the Antelope Valley required to wear a GPS-ankle monitor for tracking, officials said.

Seals made the news in late July when he cut off his GPS monitor and tossed it into the desert near 10th Street West and Rosamond Boulevard. After two weeks on the run, Seals was captured on Aug. 4 and taken into custody.

Seals was released again on Aug. 13, but did not report to the local parole office for tracking. Authorities then issued another warrant for Seals’ arrest.

“The parole division is just one part of the judicial system, and the only thing we can do is just do our part and not worry too much about the new laws such as AB 109,” Dorsey said, adding that Seals will again go through the parole revocation process.

“If [Seals] is released within 30 days and he reports to the parole office, we’ll do our jobs… with his reintegration back into society,” Dorsey said. “If he decides he wants to become another parolee-at-large, we’ll again preview him through local media and place him back into custody.”

Paroled gang member on the run after cutting GPS monitor