“They’ve already been convicted more than three times — every single one of them — for felonies, some for sex offenses and some for weapons charges,” said Larry Dorsey, California State Adult Parole Operations Supervisor. “We want to get them in custody because we do consider them to be dangerous if left out in the community.”

The men pictured in the top row were three of the 20 GPS-monitored paroled gang members considered “the most dangerous here in the Antelope Valley,” Dorsey said. Since absconding from parole, they have been placed on parolee-at-large (PAL) status, Dorsey added.

The five parolees pictured in the bottom row are dangerous sex offenders who either cut off their GPS-ankle monitors or never reported to the local parole office after being released from custody, Dorsey said.

“These five individuals have been deemed [some] of our worst here in the Antelope Valley,” Dorsey said. “There are a few repeaters that have absconded numerous times, and again, we’re looking for the public’s assistance to locate these individuals.”

GANG MEMBERS IN VIOLATION OF PAROLE 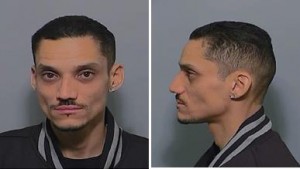 In late July, authorities issued an urgent plea for help in finding Romie Seals, who had allegedly cut off his GPS monitor and tossed it into the desert (read more here). Officials said Seals was a meth-addicted gang member with a criminal history that included firearms, making him a danger to society. After two weeks on the run, Seals was captured in early August (read more here).

“He recently was released due to the current laws and he never reported to the parole office, so again, we placed another warrant out for his arrest,” Dorsey said Thursday.

Seals is a 33-year-old male, with black hair and brown eyes, who stands 5 feet 6 inches tall and weighs around 130 pounds.

Seals is on parole for resisting an officer with force and violence. He has absconded from parole numerous times since his release in 2011 and is a heavy drug user who steals to support his habit, Dorsey said. 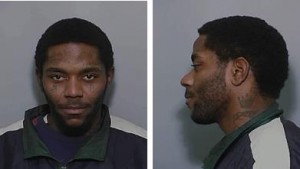 William Collin is 24-year-old GPS-monitored gang member with numerous parole violations. He’s been on the run since May, when he either cut off his GPS-monitor or the device went dead, Dorsey said.

Collin is on parole for grand theft and has a criminal history that includes possession of a firearm, robbery and burglary.

Collin is 5 feet 10 inches tall, with black hair and brown eyes, and weighs around 190 pounds.

He has numerous tattoos on his face and about his body, which should make him easy to recognize, Dorsey said. 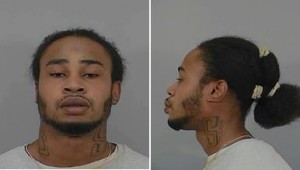 Will Allen is a 28-year-old gang member on parole for intimidating a witness.

He has a violent criminal history that includes spousal battery, vandalism, dissuading a witness from testifying, battery on a peace officer, possession of a firearm, sexual intercourse with a minor, kidnapping and making terrorist threats.

Allen is 5 feet 6 inches tall, with black hair and brown eyes, and weighs around 165 pounds. He has numerous tattoos about his body.

Allen was last seen in the 3600 Block of Fiddleneck Court in Palmdale. 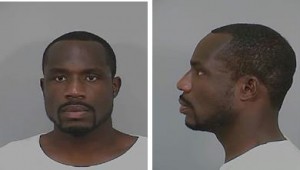 Reahdeen Robertson is a 30-year-old registered sex offender with sex crimes in Los Angeles County, Florida and Pennsylvania. He is on parole for child molestation and has been on the run since April.

“We consider him to be extremely dangerous,” Dorsey stressed.

Robertson was convicted of molesting a child in Palmdale in 2008, and then he served time for the crime and was released on parole, Dorsey said.

After a parole violation, Robertson was jailed again and then released, Dorsey said. After that, he stopped reporting to parole, Dorsey added.

Robertson is 6 feet one inch tall, with black hair and brown eyes, and weighs around 210 pounds. 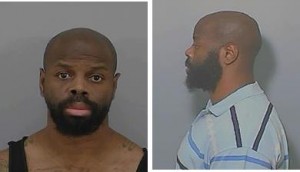 Tyrone Williams is a 44-year-old registered sex offender with mental disorders, who is on parole for transportation and sales of a controlled substance.

Williams is also a known gang member, but he is being supervised by the parole office as a sex offender, Dorsey said.

Williams is 5 feet 9 inches tall, with black hair and brown eyes, and weighs about 200 pounds. He has various tattoos on his chest and arms. 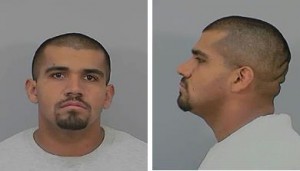 Jose Sanchez is a 24-year-old convicted child molester on parole for grand theft-auto with a firearm.

His criminal history includes lewd and lascivious acts with a child under 14 with force, driving under the influence of alcohol, grand theft auto, possession of burglary tools and parole violations.

“He was recently released after his [parole] violation, and he never reported [to parole],” Dorsey said. Dorsey said Sanchez may be in the Palmdale area, right around 45th Street East and Avenue R.

Sanchez is 5 feet 11 inches tall, with black hair and brown eyes, and weighs around 180 pounds. 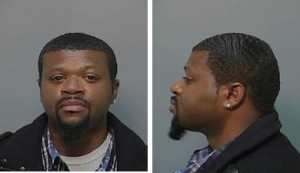 Kenneth Johnson is a 35-year-old sex offender on parole for receiving stolen property. He is also a gang member with the “East Coast Crips” and goes by the name “Ken-Dog”.

Johnson has been on the run since cutting off his GPS ankle monitor in Lake Los Angeles in March, and he was last seen in the Las Vegas area, Dorsey said.

Johnson is considered armed and dangerous due to his violent background and involvement in criminal street gang activity. He is 5 feet 9 inches tall, with black hair and brown eyes, and weighs around 200 pounds. 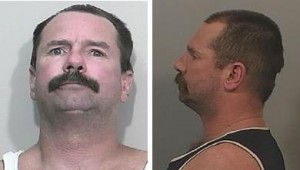 Daniel Gilmore is a 44-year-old sex offender with a continuous criminal history dating back to 1982, which includes rape by force or fear, battery, and grand theft of person.

Gilmore is on parole for failing to register as a sex offender. He is a transient who may be panhandling in the Lancaster area, Dorsey said.

Gilmore walks with a limp, is often dirty, and is known to frequent liquor stores, according to parole agents. He is approximately 5 feet 10 inches tall, with brown hair and green eyes, and weighs around 185 pounds.

UPDATE 9/13/13: ROMIE SEALS was captured around midnight in West Lancaster after a tipster contacted authorities and told them where Seals was staying. Read more here.

19 comments for "Authorities on the hunt for ‘dangerous’ paroled gang members, sex offenders"