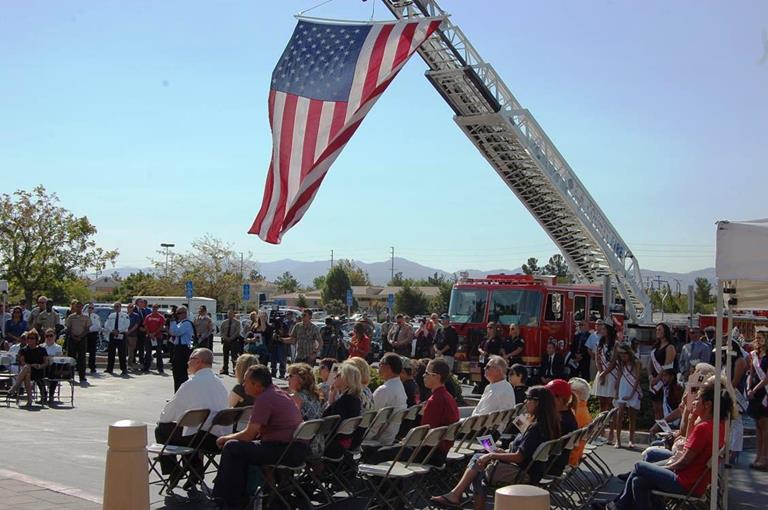 PALMDALE – A crowd of nearly 200 gathered in front of the Fallen Heroes Memorial at the Antelope Valley Mall Wednesday morning for a ceremony to mark the 12th anniversary of the Sept. 11 terrorist attacks.

“We’re here today not only to pay tribute to these great souls that gave their lives on that terrible day 12 years ago, but to honor those first responders who have sacrificed so much in the service of their communities,” said Captain Pat Nelson of the Lancaster Sheriff’s Station. “Selfless acts of heroism occur across this great nation on a daily basis.”

Nelson read a 9-11 tribute poem by Alan Jankowski, entitled “We shall never forget“.

“The way we can honor them is simply this: Go out and do good for someone,” said Palmdale Sheriff’s Station Captain Don Ford. He urged the audience to think of something kind to do for someone else. “By doing good, we repay the evil in a way that they can’t defeat,” Ford said.

“They dedicate their efforts to the many rescuers who ascended the two 110-story towers…” Cosey said. “They do this and we do this so the firefighters of September 11th will never be forgotten.”

The group also paused to remember the 14 men and woman of the Antelope Valley who lost their lives in the line of duty.  Angeles National Forest Fire Chief James Hall recited the names of the fallen: 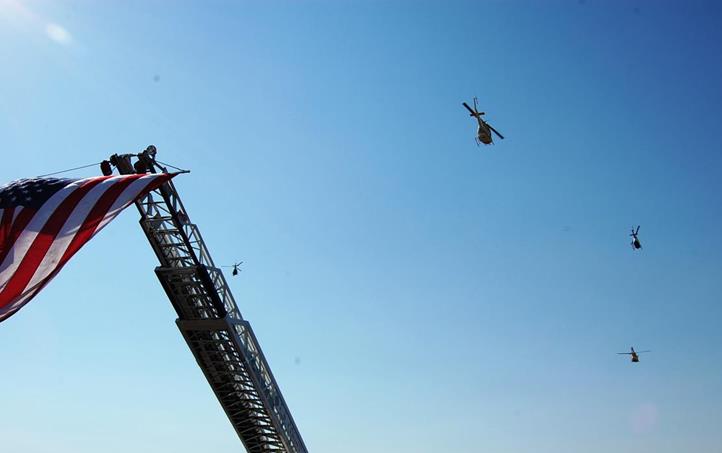 For more pictures from this event, visit our Facebook page.