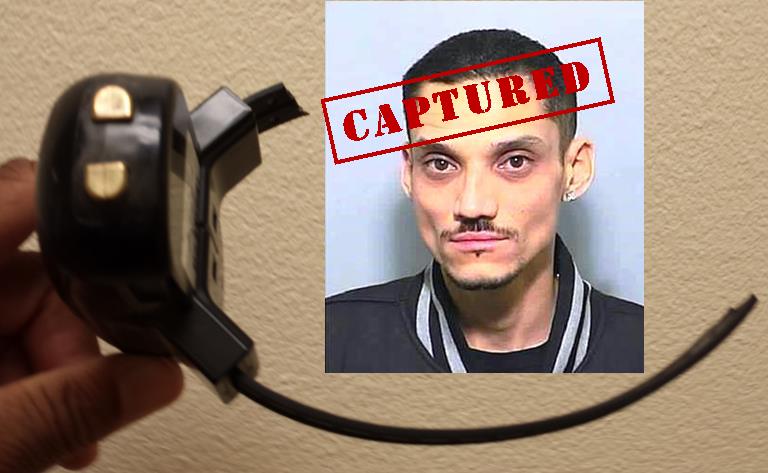 PALMDALE – The manhunt is over for a dangerous GPS-monitored gang member who cut off his ankle bracelet and then vanished.

Seals was arrested around 6:50 a.m. on 3rd Street East near Palmdale Boulevard, according to Palmdale Station jail records.

The 33-year-old parolee is being held without bail, and further details on his arrest and charges were not immediately available Wednesday afternoon.

Seals had been on the run since July 24, when he cut off his GPS ankle monitor and tossed it in the desert near 10th Street West and Rosamond Boulevard.

The local parole office immediately put out a public safety alert because of the parolee’s violent criminal history, which includes possession of firearms and assaulting a peace officer. Seals is one of 20 dangerous gang members in the Antelope Valley required to wear an ankle monitor for tracking, according to Dorsey.

Seals was paroled in 2011 and has violated his parole numerous times since his release, Dorsey said. His parole violations include drug use and absconding parole supervision.

Asked about the effectiveness of GPS ankle monitors, Dorsey said: “The GPS tags that we have on the parolees are just a supervision tool, they do not prevent the parolee from committing crime.”

Dorsey said the local parole office will be answering questions about its GPS ankle monitors at a National Night Out crime prevention event in Lancaster this Thursday. The event will take place from 4 to 8 p.m., Aug. 8 at American Heroes Park, located at 701 West Kettering Avenue.

“We’ll have a couple of GPS tags [on display] and we’ll be talking about how they work,” Dorsey said. “We’d like the public to come out and see what the parole division does.”