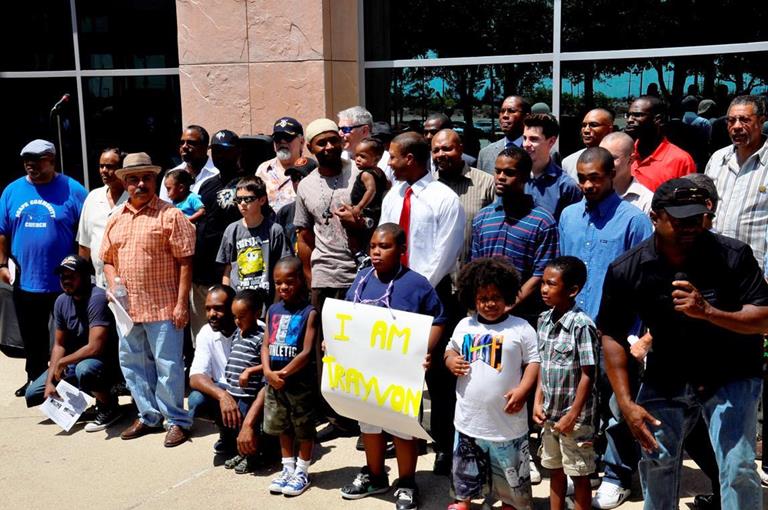 LANCASTER – Protests, marches, and vigils were held across the country Saturday (July 20) as part of a nationwide effort to press for federal civil rights charges against George Zimmerman, the man acquitted of the murder of Florida teenager Trayvon Martin.

Locally, a diverse crowd of about 100 area residents gathered in front of Antelope Valley Courthouse for a Community Prayer and Call to Action. The hour-long event featured nearly a dozen speakers from all walks of life with similar messages of peace, understanding, unity and justice for all.

“If anyone fails to realize why I’ve organized this event, I will leave you with this quote, ‘Be the change that you wish to see in the world,’” said organizer Veronica Fields.

Highlights from the event