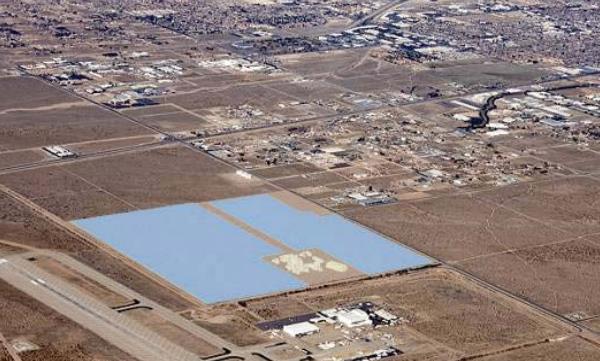 PALMDALE – For the fourth time in recent weeks the City of Palmdale has responded publicly to “erroneous comments” made by Lancaster city officials. For the third time in a row, the issue involves the Palmdale Hybrid Power Plant.

In a press release issued Tuesday (July 16), Palmdale officials cited the California Energy Commission’s Final Decision, which states: “There is no competent evidence in this record that PHPP poses any threat to the health of the public in general, or to residents of Lancaster in particular.” Read Palmdale’s latest press release below:

PALMDALE – The misinformation campaign led by R. Rex Parris and Marvin Crist against the Palmdale Power Plant was dealt yet another sobering blow as both the Environmental Protection Agency (EPA) and the California Energy Commission (CEC) have through statements and documentation proven their claims to be completely unfounded.

Parris, who said in an Antelope Valley Press article on April 20, 2011 that the construction of Palmdale’s power plant “could be akin to the disastrous launch of the space shuttle Challenger,” claimed in a television interview on June 21 with Time Warner Cable that the EPA stated “that type of power plant will kill people with emphysema, COPD… all of the diseases that are present in Lancaster.”

Not so, according to the CEC’s Final Decision, which addressed the City of Lancaster specifically in regards to health issues. The FACT is, that in the Public Health section, 6.3-12, the record states: “There is no competent evidence in this record that PHPP poses any threat to the health of the public in general, or to residents of Lancaster in particular.”

Furthermore, in the same television interview in which Parris made his false claim, Gerado Rios, a Chief with the EPA’s Pacific Southwest, Region 9 said, “we referenced an environmental justice analysis where we look at health standards and the impacts, to see if there … would be any disproportional impacts in the area, and we showed that because a standard was not going to be exceeded, there would not be any disproportionate impacts in the area. …So as far as I’m concerned, or as far as I know… this is the cleanest power plant the EPA has permitted in the country.”

In the CEC’s Final Decision, Air Quality section, Conclusions of Law, 6.2-35 the record states: “The Commission therefore concludes that implementation of the Conditions of Certification, below, and the mitigation measures described in the evidentiary record, will ensure that the PHPP conforms with all applicable laws, ordinances, regulations, and standards relating to air quality.”

Crist, as reported in the May 21 edition of the Antelope Valley Press, described the power plant as creating “hundreds of tons of pollution killing our kids. We can only pollute the Valley’s air to a certain degree. When this power plant uses 80 percent of that amount for 35 jobs, it’s not worth it. If it was 1,000 permanent jobs, I would certainly rethink my position.”

His claims were also refuted by the CEC’s Final Decision, Air Quality section, Conclusions of Law, 6.2-35, which states “Implementation of the Conditions of Certification …ensures that the project will not result in any significant direct, indirect, or cumulative impacts to air quality.”

“They keep going and going and going with their misinformation, just like the Energizer Bunny,” said Palmdale City Councilmember Steve Hofbauer. “From accusations of killing minority children in East Lancaster, to an imaginary six mile high mystery cloud of pollution that somehow travels to soccer fields and schools is unsubstantiated by the facts brought forth by the CEC and EPA. The truth is that this project is in full compliance with all health and air quality regulations, which in California, by the way, are the highest standards in the world.”

“The City of Palmdale could not be more proud of gaining a clean power plant for all residents of the Antelope Valley,” said Palmdale Public Works Director Mike Mischel. “It will undeniably create much needed jobs and power right here at home.”

Palmdale has now created a Fact Vs. Fiction pamphlet “in an attempt to dispel continuous misinformation from external sources” and to “clarify any truth distortions” about the Palmdale Hybrid Power Plant (PHPP), according to city officials. View the pamphlet here.

24 comments for "Palmdale responds to Power Plant controversy, yet again"