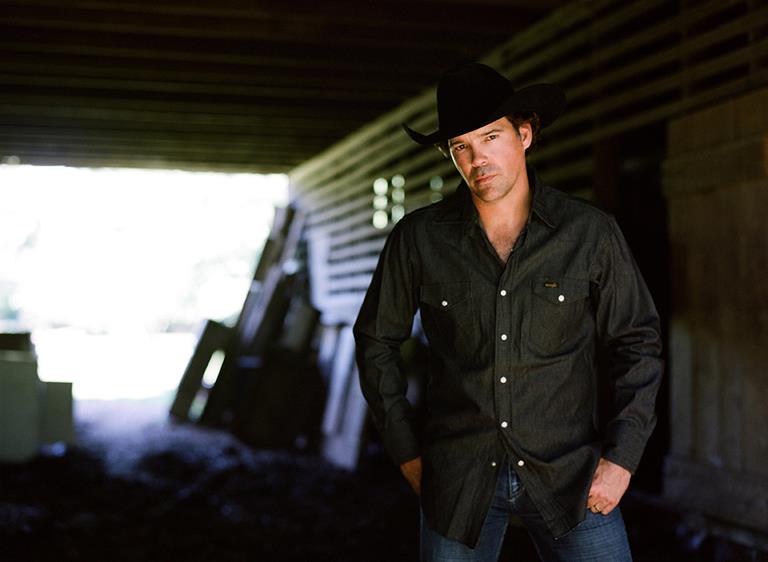 “Certain artists just seem to have an innate sense of what it takes to please an audience, and Clay Walker is one of those artists,” said Palmdale Communications Manager John Mlynar. “Whether on stage or in the recording studio, Walker never gives less than 100 percent, and it’s that kind of dedicated work ethic combined with God-given talent that have made him one of the most successful country acts of the past decade.”

Walker first topped the Billboard country singles chart in 1993 with “What’s It to You” and followed with his second consecutive No. 1 hit, “Live Until I Die.” Since then he’s placed 31 titles on Billboard’s singles chart including “Dreaming with My Eyes Open,” “If I Could Make Living,” “This Woman and This Man,” and “Rumor Has It.” (The latter two songs each spent two weeks at the summit.) He’s scored four platinum-selling albums and two gold albums.

It’s an impressive feat, made even more special because Walker was diagnosed with multiple sclerosis 10 years ago. “If you’d asked me when I was diagnosed that first day if I would still be alive, I would have said ‘No’ because that’s what the doctors said,” Walker admits. “Here I am, 10 years later and actually I’m probably healthier than I was 10 years ago.”

After more than a decade in the national spotlight, Clay Walker believes the best is yet to come. “I trust my gut more than ever now,” he says. “I definitely don’t feel like a rookie, but at the same time, I think the best years of my recording career are ahead of me. I believe if the good Lord wants it, who’s going to stop it?”

Tickets are available at www.cityofpalmdale.org/amp and at the recreation and culture office, located at 38260 10th Street East, open Monday through Thursday, 10 am to 6 pm. Cash, check, Mastercard and Visa are accepted. Tickets will also be available the day of the concerts on a cash-only basis.

For more information on the Palmdale Amphitheater, visit www.cityofpalmdale.org/amp, or call at 661-267-5611.