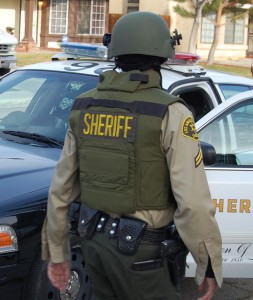 PALMDALE – Teams of deputies on Wednesday (June 19) conducted 20 compliance checks of registered sex offenders throughout Palmdale. Two arrests were made during the searches, authorities said.

Arrested during the compliance check was 28-year-old David Burg, who was found in the 37000 block of Starcrest Street in the Palmdale.

Burg was arrested for not updating his address, a violation of his probationary status.

Also arrested, from the 41300 block of Sequoia Ave, was 28-year-old Sheldon Kofod, who was found to have a traffic warrant.

Eighteen other locations were searched, and all registered sex-offenders at the locations were found to be in compliance with the court ordered terms for their release, according to Lieutenant Larry Gregg.

“Today’s operation should be considered a success. Only two arrests were made, which means the vast majority of these individuals in the Palmdale area are complying with the terms and conditions of their release. These individuals are assimilating back into society,” Gregg said.

These types of operations will continue, and individuals seeking assistance in returning to the society “need only to reach out to the many programs available to them to further their return,” Gregg added.

Wednesday’s compliance checks were conducted by personnel from the Palmdale Partners Against Crime (PAC) team and other teams assigned to the Antelope Valley Crime Fighting Initiatives (AVCFI).