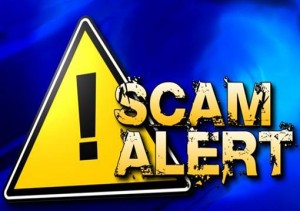 These impostors seek to obtain money via a bogus unpaid LADWP balance by asking the customer to go to a nearby pharmacy and call a specific telephone number back with the customer’s financial information, or by demanding that customers pay their bill with a pre-paid cash card, according to a scam alert issued by LADWP on Monday.

LADWP customers have reported increasing incidents of this scam, and the Department is acutely aware of this scheme and on security alert regarding this and other fraudulent practices, according to the LADWP announcement.

“Distraction telephone calls are an important issue for us but the good news is, this form of victimization is easily preventable,” said Patrick Findley, Director of LADWP Security Services Division. “The more our customers know about it, the less likely it is to happen, so help us spread the word among your family, friends and neighbors.”

To report suspicious activity to the Department, call LADWP Security Services at 213-367-3373 or 213-367-9111. You may also email SecurityServicesWebNotification@ladwp.com or visitwww.ladwp.com and click Security Issue under Contact Us.

1 comment for "Beware of impostors posing as LADWP workers"