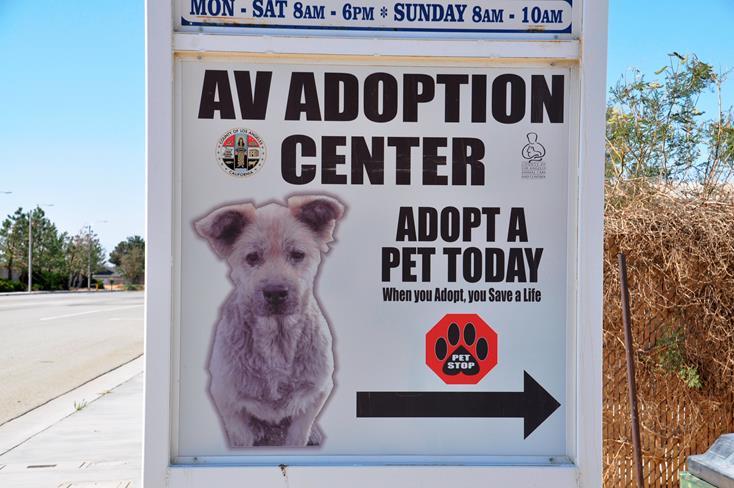 LANCASTER –The Antelope Valley Pet Stop (commonly referred to as the Pet Stop) will close its doors on June 30, 2013, according to an announcement by the County of Los Angeles Department of Animal Care and Control (DACC).

When the Pet Stop, which was made possible by the generous contributions of Los Angeles County Supervisor, Michael D. Antonovich, opened its doors in September 2009, it was the first of its kind. It was the only County facility within Los Angeles to exclusively house dogs immediately available for adoption, as all dogs at the Pet Stop were already spayed or neutered, vaccinated, microchipped, and ready to go home the same day.

However, since the Pet Stop’s opening in 2009, the Lancaster animal care center has added a new dog building, which includes 48 extra dog kennels, and has the capacity to house at least 96 additional dogs.

DACC also awaits the opening of the Palmdale animal care center in spring 2016, which will aide in providing extra housing and additional services for animals in the Antelope Valley.

“We are grateful for the Pet Stop’s success of adopting out nearly 2,600 dogs since its inception. However, we feel that our focus needs to be primarily on public safety, ensuring the residents and animals are safe,” said DACC director Marcia Mayeda. “We plan to keep the efforts of the Pet Stop alive by continuing to aggressively pursue adoption opportunities. Our regular offsite adoptions, frequent transports, and our adoption partners have helped us significantly reduce the euthanasia rate for dogs to an all-time low, 37%, the lowest we have ever seen,” Mayeda continued.

To celebrate the Pet Stop’s successes, DACC will host a special adoption event from 10 a.m. to 4 p.m. on Saturday, June 22, at the Pet Stop, located at 42116 4th Street East in Lancaster.

Dog adoption fees will be discounted and DACC volunteers will be onsite to help “match make” pets with potential adopters.

To keep up with DACC updates and events, visit animalcare.lacounty.gov or find them on facebook at facebook.com/CountyofLosAngelesAnimalCare.

(Information via press release from the County of Los Angeles Department of Animal Care and Control.)