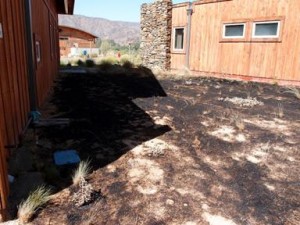 LAKE HUGHES – The Painted Turtle, one of Paul Newman’s medical specialty camps for children with life-threatening and chronic illnesses, has been forced to cancel all summer camp sessions due to extensive damage by the Powerhouse fire.

There was a tremendous amount of smoke damage and destruction of the vegetation and land that has created air quality concerns and that is going to require extensive cleanup, according to camp Executive Director Blake Maher.  For the safety of the campers, the camp had to make the very difficult decision to cancel its summer sessions to allow the recovery process to take place, Blake stated. 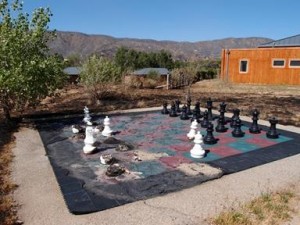 The Painted Turtle is a place where children ages 6 – 17 with chronic or life threatening illnesses can go to have fun, make friends, and still get the medical attention they need while enjoying just being a kid.

Fifty staff members were on site for summer training when the Powerhouse fire moved rapidly toward the camp and through the Lake Hughes community on June 1. The staff members were evacuated to a high school in Lancaster, camp officials said.

When the smoke cleared, all the major buildings were left intact. 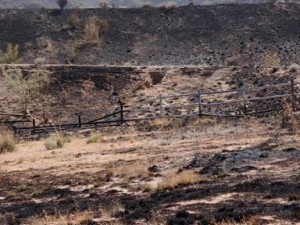 However, there was damage to some outlying buildings, 90 percent of the property’s vegetation, and significant smoke damage from the fire.

During the next three months, the camp will be undergoing an extensive process of landscape cleanup and hydro-seeding, cleaning all buildings and ventilations systems, and going through an ozone cleaning process of every building to ensure that The Painted Turtle facility meets the high level of safety that is the trademark of its programs.

In addition, there will be some repairs and rebuilding of some buildings, sheds, fences and lamp posts. 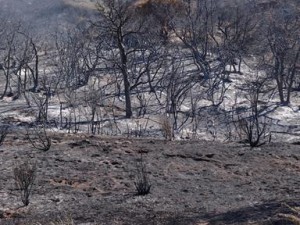 The Painted Turtle was scheduled to begin its summer camp season on June 14. During the summers, the camp usually hosts eight week-long sessions to which it welcomes 800 children with serious illnesses.

Each session serves children with a different medical condition.  The camp has been forced to cancel the entire summer schedule, which included the following sessions:

“While we had no choice but to make this very difficult decision, we are totally committed to returning with more hope, more fun, and more laughter than ever before,” said Maher.  “As the camp returns, we look forward to celebrating its 10-year anniversary in a way that leaves no doubt that The Painted Turtle is back, bigger and better. The Painted Turtle is extremely thankful to the firefighters and neighbors who helped to protect the camp and preserve a place that brings great joy and hope to thousands of children.  We would also like to thank all of those who have communicated their support and concern.”

The Painted Turtle does not have a billing department, as no one pays to attend the camp.  In the wake of the fire, the camp appreciates support as it rebounds from the impact of the fire.  Donations can be made to The Painted Turtle Fire Recovery Fund at www.thepaintedturtle.org.

(Information via press release from The Painted Turtle Camp.)

8 comments for "Camp cancels summer sessions due to Powerhouse fire"