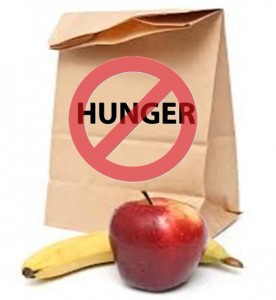 LANCASTER – The City of Lancaster has partnered with the Lancaster School District, Grace Resource Center and the University of Antelope Valley to actively reduce childhood hunger in the community.

A pilot program called Lancaster Lunchbox, sponsored by Lancaster’s Youth Commission, will take place at Sierra Elementary School in Lancaster during the last two weeks of May.  This pilot program will gather feedback to substantiate the viability of a long-term program throughout the City.

The Lancaster Lunchbox program’s objective is to serve at least 40 disadvantaged students weekly by providing care packages filled with nutritious foods to take home with them each weekend.

The care packages will be assembled by volunteers and distributed on Fridays after school.  Each package will contain two breakfast items, two snack items, two lunch items, one fruit cup, one vegetable cup, and two main course meals.  The planned menu accommodates a child’s daily nutritional needs, providing the nourishment required during weekend hours when the student is away from school.

The goal of a food resource program such as this is to not only address the hunger issue among community youth, but also to increase school attendance; improve student performance; and boost self-esteem – all of which become problematic when hunger is a factor in a child’s daily life.

The issues associated with childhood hunger can be addressed, in a large part, through the Lancaster Lunchbox program for a modest financial investment.  Serving one student costs $3 per week, $12 per month, and $114 per year.

“The positive effects a program like this can have on a student’s overall development are well worth the investment,” said Lancaster Mayor R. Rex Parris. “For a mere three dollars per week, a child’s life can be significantly improved.  Who wouldn’t be willing to spend a few dollars for this invaluable cause?”

Through the Lancaster Lunchbox pilot program, the City and its partners seek to inspire and promote the expansion of this effort throughout the Lancaster School District, striving to eventually operate food pantries in every local school.

“We are partnering to end childhood hunger,” said Mayor Parris. “This is an effort we expect the entire community to support in order to improve the lives and enhance the futures of our community youth.”