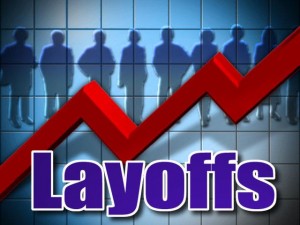 PALMDALE – All Palmdale School District Head Start employees received letters in April informing them that they would be laid off in June, but the layoff timeline could be extended until December, school district officials said.

The original layoff notices the employees received stated that “The Board of Trustees of the Palmdale School District took action on April 16th, 2013 to eliminate all permitted Early Childhood Education positions effective June 30th, 2013 due to a lack of funds.”

According to Palmdale School District Superintendent Roger Gallizzi, the layoff notices were sent out “because of some things done at the county office, not at the district.”

“The federal government required Los Angeles County to reapply for the grant… and in the recompetition for the grant they did not receive the Antelope Valley as part of their territory,” Gallizzi said.

The Superintendent further explained that a different organization did receive the funds, but he said he is not at liberty to reveal the service provider’s name.

April’s layoff notices advise employees that their names are being placed in a reemployment pool for 39 months, in case vacancies in their former positions become available during that time. The notification process for new openings would be determined by length of service, according to the notice.

There have been some new developments since the layoff notices were sent out.

Most recently, the Los Angeles County Office of Education (LACOE) verbally agreed to fund the Head Start program through December of this school year, according to the Palmdale School District.

Human Resources Director Chad Gray said the current layoffs “may be rescinded, but we need it in writing from LACOE about the funding.”

Hugo Estrada, President of the Palmdale Elementary Teachers Association stated that, “At this point we are happy that they are going to rescind [the layoff notices], at least til December, until we have a better idea of what this funding is going to look like for this program.”

“We know that this creates still a certain level of uncertainty for some of our members but at this point we feel that this is the best temporary solution for this problem,” Estrada continued.

Head Start is an early childhood program that focuses on the physical, emotional, social, and intellectual aspects of child development, according to the Palmdale School District.