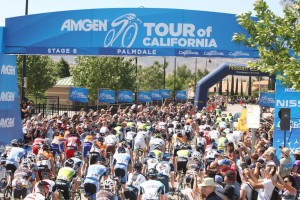 PALMDALE – Lawrence McGetrick of Lancaster is the winner in the City of Palmdale’s free special VIP Amgen Tour of California prize package in celebration of the race coming to Palmdale on Tuesday, May 14.

VIP Hospitality Passes allow the winners to catch all the action and excitement from the best spot in the race, and features live race feeds and complimentary food and beverages.