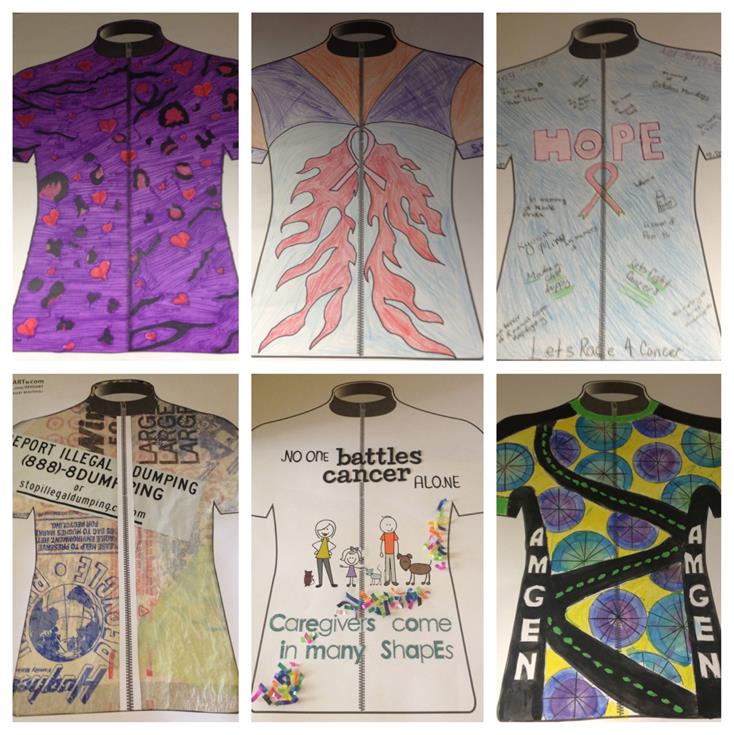 PALMDALE – Voting is now underway for the City of Palmdale’s “Race to Art” Jersey Contest, which celebrates the Amgen Tour of California (ATOC) coming to Palmdale on Tuesday, May 14.

The public will be able to decide on the Best Overall Jersey.  In addition, there are five design categories in which prizes will be awarded:

“We were really excited to see all the entries and are proud to be showing off our local artists to the international cycling community,” said Palmdale’s Recreation Supervisor Ryan Herman.

Design entries will be displayed at the Chimbole Cultural Center through May 12, and the public is invited to vote for their favorite entry at www.cityofpalmdale.org/atoc.

You can also view every jersey design by following the City’s Instagram: @cityofpalmdale where you can “like” your favorite.  All entries will be displayed at the ATOC Palmdale Stage Start on Tuesday, May 14 at Marie Kerr Park.

Some of the top cyclists in the world, including Olympic athletes and Tour de France competitors, will compete.

After leaving Marie Kerr, the cyclists will head west on Rancho Vista Blvd.  They will take Rancho Vista Boulevard all the way up until they reach Avenue N.  At Avenue N, the cyclists will make a left and head west all the way up to 70th West. From there, they head north to Avenue I, where the racers turn left and head west to Munz Ranch Road and up the hill for the first of four King of the Mountain stages of the race. Once they finish the hill, they’ll head east on Lake Elizabeth Road until reaching San Francisquito Canyon where they will embark on the first of three canyon routes.