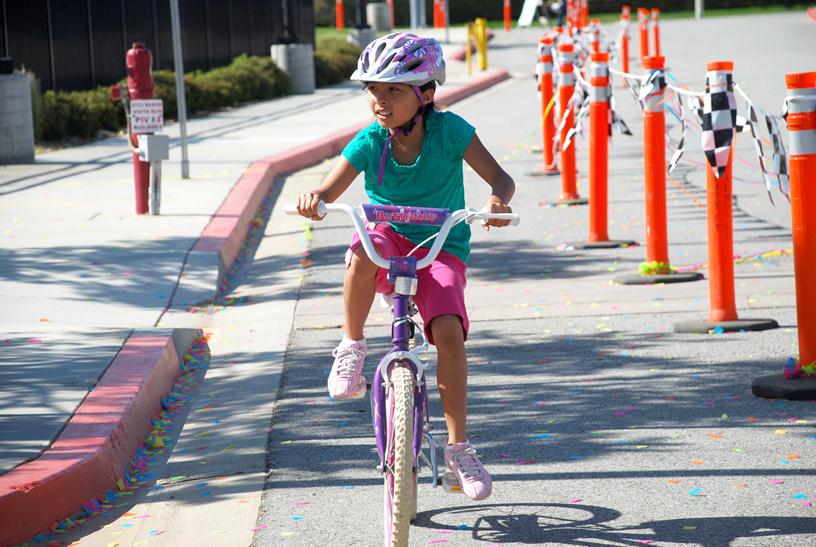 PALMDALE – The City of Palmdale, in celebration of the Amgen Tour of California coming to Marie Kerr Park, will host a free “Bike Safety Rodeo” for children ages 5 through 12 this Saturday, May 4 from 10 am to 12 noon at Palmdale Oasis Park, 3850 East Avenue S in Palmdale.

The event will feature a bicycle safety clinic with safety inspections and safety presentation about the rules of the road. Participants will ride on a miniature “chalk street” course set up in the parking lot where young cyclists are shown where and how to apply the rules. Each participant will receive a medal and have the chance to win a bike safety helmet, while supplies last.

“With the Amgen Tour of California coming to Palmdale, this is a great opportunity to introduce young people to bike safety as well as to a world class cycling event,” said Palmdale’s Recreation Supervisor Ryan Herman.

Participants must have a bike helmet and a signed parent/guardian permission slip to participate. Permission slips will be available at the event.

There will be another bike rodeo held on Saturday, May 11 from 10 am to 12 noon at Marie Kerr Park, 2723 Rancho Vista Boulevard.

Stage 3 of the 2013 Amgen Tour of California comes to Palmdale on Tuesday, May 14. The festivities will begin at 8:30 am with the starting pistol being fired at 11:20 am to begin a 110 mile journey from Palmdale to Santa Clarita.

After leaving Marie Kerr, the cyclists will head west on Rancho Vista Blvd.  They will take Rancho Vista Blvd. all the way up until they reach Avenue N.  At Avenue N, the cyclists will make a left and head west all the way up to 70th West. From there, they head north to Avenue I, where the racers turn left and head west to Munz Ranch Road and up the hill for the first of four King of the Mountain stages of the race.