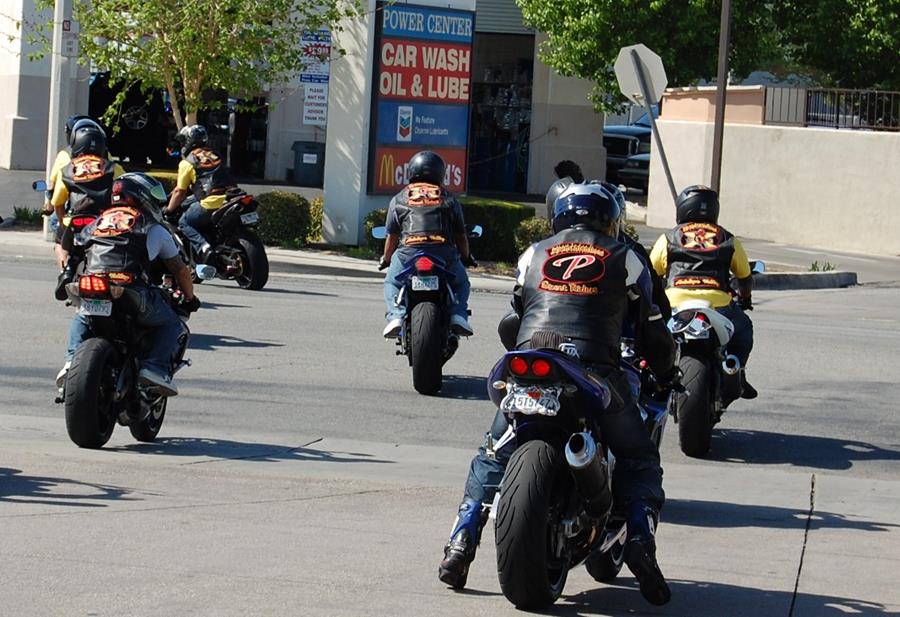 May is Motorcycle Safety Awareness Month. With more people choosing motorcycles as their mode of transportation, the California Highway Patrol (CHP), Office of Traffic Safety (OTS) and Department of Motor Vehicles (DMV) are embarking on a month-long endeavor to encourage all motorists to safely share the road. This month’s traffic safety campaign follows a significant increase in the number of people killed in motorcycle-involved collisions in California.

“Law enforcement and traffic safety organizations throughout the nation are working to reverse this unfortunate trend,” said CHP Commissioner Joe Farrow of the increase in the number of people killed and injured in motorcycle-related collisions. “This month, and every month, motorists are reminded to safely share the road with motorcycles, and to be extra vigilant to help keep motorcyclists safe.”

According to the Department of Motor Vehicles, there are more than 1.3 million licensed riders in the state; and with California’s nearly year-round ideal climate, you will almost always encounter a motorcyclist while on the highway.

Because they are one of the smallest vehicles on the road, motorcycles are often hidden in a car’s or truck’s blind spot. Every driver needs to diligently look for them before changing lanes or merging with traffic. Motorcyclists are reminded to follow the rules of the road and make sure they are visible to motorists. Everyone on the highway is reminded to eliminate distractions.

According to preliminary figures from the CHP’s Statewide Integrated Traffic Records System, more than 400 people were killed and nearly 12,000 people were injured in motorcycle-involved collisions in 2011, representing a nearly 20 percent increase in the death rate in California from the previous year. Preliminary estimates from the Governor’s Highway Safety Association indicate a slight decline in motorcycle fatalities in California for the first nine months of 2012.

“After two years of dramatic declines, motorcycle deaths are heading up again,” said OTS Director Christopher J. Murphy. “A training course can make a big difference for rider safety. In addition, much can be accomplished when both riders and motorists share the road safely and watch out for each other.”

The CHP administers California’s official safety training program for motorcyclists through the California Motorcyclist Safety Program (CMSP). As of March 2012, more than 800,000 motorcycle riders have received training at one of the CMSP’s 134 training sites since the program began in July 1987.

The Motorcycle Safety Foundation (MSF), a national non-profit organization, is charged with overseeing the day-to-day operations for the CMSP. The MSF not only emphasizes the importance of training and licensing for all motorcyclists, but stresses a rider’s critical need for proper safety gear.

“Not only should motorcyclists wear protective gear, all of the time, including a helmet manufactured to the standards set by the U.S. Department of Transportation; they should ride unimpaired by alcohol or drugs,” said MSF Vice President Robert Gladden. “If you follow these simple steps, lives can be saved.”

The CHP, DMV and OTS offer the following tips for drivers to help keep motorcyclists safe on our roadways:

Motorcyclists, you can can increase your safety by:

The CHP, DMV and OTS join with the National Highway Traffic Safety Administration in sharing the following message: Help share in the responsibility of keeping all road users safe, and do your part by safely “sharing the road.”

5 comments for "Sharing the road with motorcyclists"