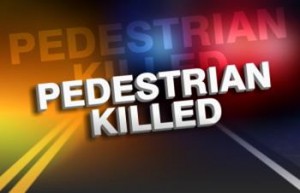 LANCASTER – The woman struck and killed by a truck after she walked out into the street last week has been identified as 48-year-old Laura Borders, according to the Los Angeles County Coroner’s Office.

The fatal incident occurred around 10:20 p.m. Thursday (April 25) on East Avenue I at 33rd Street in Lancaster, according to Sgt. Dave Jennings of the Lancaster Sheriff’s Station.

Preliminary information gathered at the scene revealed the pedestrian was walking on the westbound dirt shoulder of Avenue I when, for an unknown reason, she walked into the westbound No. 2 traffic lane and was struck by a truck traveling westbound on Avenue I, Jennings stated.

Further information on the driver and vehicle was not immediately available.

Sheriff’s detectives are continuing to investigate this fatal collision. Anyone with information regarding this incident is urged to contact the Lancaster Sheriff’s Station Traffic Enforcement Team at 661-948-8466.